DISCLAIMER: This website may contain affiliate links. As an Amazon Associate Newsytechno.com earns from qualifying purchases through those links and this small commission helps support this website and allows us to continue making useful and informative contents on this website.

If you are the one who is interested and passionate in streaming on YouTube, Mixer or Twitch and you’re not sure where to start with what camera you need to get going, you are in the right place because this article is for you. In this article, you’ll find out why Logitech C920 Hd Pro is the best web camera for live streaming on different platforms. I’ll also be sharing with you about how it’s the best camera for anybody that’s starting out in their streaming adventure and we’re getting started right now! 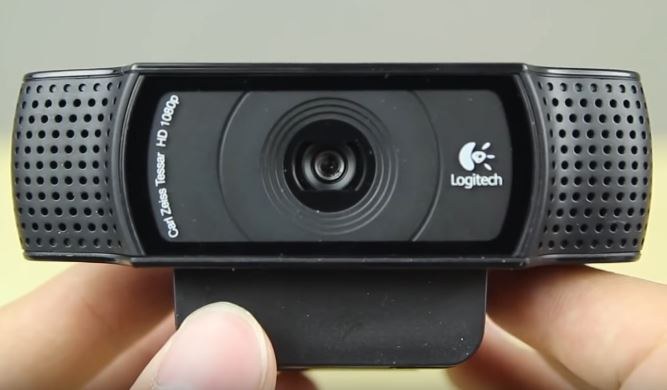 Some of the fastest growing websites out there are streaming websites like Twitch, YouTube or Mixer. And a lot of people are excited to dive into these platforms to see if streaming is going to be a right fit for them.

If you’re a person that’s thinking about getting into streaming or you are a beginner streamer who wants to bring the quality up within your stream, the Logitech C920 Hd Pro is probably one of the best and most affordable improvements that you can make to your stream.

These specs I listed above are good at all but let’s go over the reasons why I think the Logitech C920 Hd Pro is one of the best and most affordable cameras for beginning streamers out there or people who want to actually bring the quality up for the stream. Let’s dive into the pros and the cons.

Let’s start off with the most important thing that everybody’s going to consider for a camera — Image quality. How does the image actually look when it’s being broadcast out to Twitch YouTube or Mixer?

Now the quality of it is very good. Once you use it, you will see how crisp and clean the quality of the result is. And you will see that the saturation of the colors is perfectly fine and how sharp it actually is and how well it works in low-light situations.

But for some people that really want to be into high sport action games or games that move a lot quicker or have a lot of moving pixels, you might want to consider the C922 Logitech webcam. It’s little bit sharper and it can broadcast at 720 at 60 frames per second.

Overall the Logitech HD Pro Webcam C920 is a warhorse. It works exceptionally well in low-light situations. With this camera, I can really say that white looks white, black looks black, very easy to adjust any of the saturation colors. Colors come through looking very true. And if you need to make any adjustments with focal or sharpness very easy to do as well. 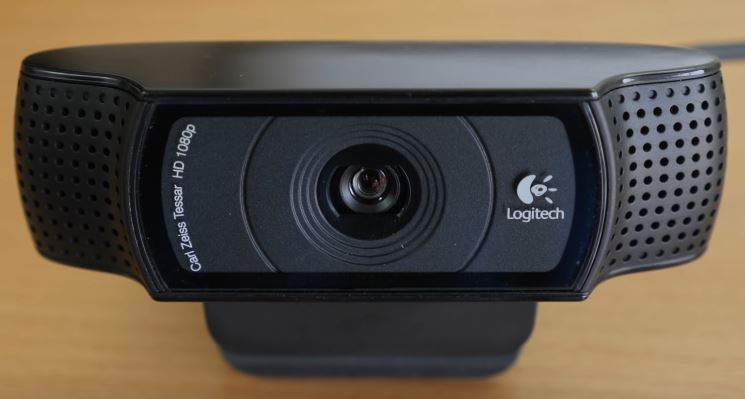 Logitech C920 Hd Pro is actually a very sleek and small design. It can fit into a multitude of spots. You can hang it just on your monitor if you need to. It comes with a threaded bottom which allows you to attach it to like an extender, a gooseneck, a boom scissor arm if you need it or even on a tripod if you need to.

But it’s so small that it virtually will be out of the way of the rest of your streaming environment which is a big necessity because as your stream grows and at your channel grows you’re probably going to get more and more equipment which will be taking up a lot more space.

A lot of people never really consider how well this thing works for how small that it is. Like I stated before the Logitech HD Pro webcam C920 is a great camera for one very simple reason that is probably the best reason overall– if you’re not technical savvy, all you need to do is just basically plug this camera in and integrate this with your OBS or Xsplit or whatever broadcasting software you’re using and it will recognize the camera in an instant.

And that makes Logitech C920 worth the money, you do not have to worry with the C920, it’s very foolproof which is awesome.

Reminder Just a quick Reminder for all of you people out there that decide to stream with two Logitech C920 Hd Pro cameras. If you do plan on streaming with two, you will run into a problem where your computer will have a hard time recognizing the difference between the two cameras if you're using broadcasting software which you need to use if you plan on streaming to Twitch, YouTube or Mixer. 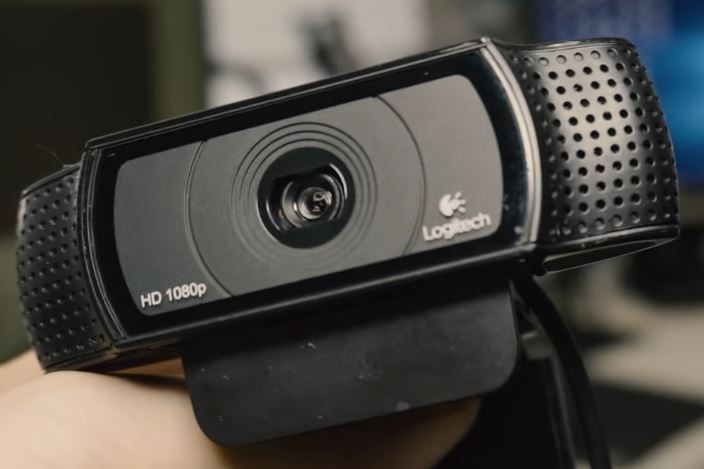 We talked about a lot of positives about the Logitech HD Pro Webcam C920 and you know what now it’s time to talk about the negatives. There is one big negative that I like to address and it has to do with on the side of the lenses— the microphones and the sound that comes out of it. It’s not great it’s not great at all.

But that’s not big of a deal because you know why, you are going to buy this because it’s a camera. Logitech C920 is supposed to be good at one function and that’s the visuals that come through.

I don’t buy this because it’s not a boombox you know. Even though it has speakers they’re not great. They don’t put out a lot of sound and of course that what we can expect because this is not a sound speaker. This is a camera. The microphone– yes, they’re dual and they will pick up your voice but you will sound like a far-off distant chipmunk that’s echoing a lot.

If you really are going to use this for sound, I would really suggest not using it because again, it’s a camera. I would suggest using a Yeti microphone. Perhaps I’ll do a review on this microphone sometime later. But you know, spending extra couple of bucks and get something like that you’ll be way more happier.

Logitech HD Pro C920 is only okay to use for sound if you’re going to use something like Skype or Discord or any kind of conference call and that’s it. Do not use this for sound on Twitch YouTube or Mixer. You won’t sound good at all. And that’s the only true negative that I can find about it.

Now a lot of us that stream or some of you out there that will be streaming we have kind of a unique setups because of the space that is allotted within the area that we stream.

So, because of this, I’m going to recommend a few accessories for the Logitech HD Pro C920 and some of these accessories will be universal for a lot of cameras out there. So, they may be good for you.

If you’re a streamer who likes to move around a lot within your window that you’re going to capture, you may have to adjust your camera at times. And if you’re putting Logitech C920 at the back of your monitor you don’t get much range of moving the camera around because you’re on a fixed plane of the monitors.

So, I recommend a scissor or boom arm. They’re interchangeable names depending on where you buy on that. Scissor is usually the most common name. This allows you to extend and swivel and move around in many different directions your camera which is great if you need to show things off within your stream or you want to show your streaming area.

I highly recommend that you buy one. Just make sure if you look to get one you get the right threaded end because they do take a certain bolt and thread pattern. So, for you not to be confused about this, below is my recommendation.

Now make sure you get the right threaded end for a tripod. For your streaming, you can go kind of cheap tripod, but don’t go too cheap because it’ll eventually snap on you on the bolts. But you know you can get away with a pretty cheap good tripod out there. So for a tripod here below is my suggestion

I just want to recommend Extension Tube in case you have a very unique setup and you can’t seem to find a solution.

Goose necks come in two different styles usually classified by their base. One will be a sandwich clamp and one will be a c-clamp and these can come in different varieties. So, make sure you pick the one that’s best suited for you.

What makes a goose neck so unique is you can put them in hard-to-reach places and extend them and swivel and kind of bend them to the will that you need to accommodate for what you’re trying to capture on your camera.

A lot of people use these for like knitting streams or art streams or even you’ll see people put them on stands and clamp and bend them over for people that are playing guitar or playing drums.

They are very useful in a lot of variety of different situations just make sure you pick the clamp you need that’s best suited for you.

If you plan on streaming a unique setup, you’re probably not going to have your camera too close to your Tower and if you don’t the c920 only comes with about six feet of cable. This is not too long when you try to hide the cable and make sure it lays flat on the ground so you don’t trip on it.

So, I recommend picking up a USB extended cable. You can get away with probably around six to twelve feet depending on what kind of setup you have. I recommend highly buying the AmazonBasics USB extension cables. They work great.

But if you’re not going to be close to your tower at all, be safe don’t have it extending over too far because you don’t want to accidentally trip and break your camera or worse hurt yourself.

And that’s all there is to it. That’s all you need to know about streaming with the Logitech HD Pro Webcam C920. It is one of the best cameras to get you started out there. It works exceptionally well. And you know what’s the best thing about Logitech C920 that I didn’t get a chance to mention above yet is the price point. You can buy this at an affordable price at amazon. So be sure to check its latest price and deals on amazon buy clicking the orange button below.

Hopefully I got you really excited about owning a Logitech c920. I do consider it one of the best jump in price points for a beginning streamer out there and if you’re looking to upgrade your game, you might want to consider this. But if you’re thinking about even upgrading to something a little bit better than this, take a look at the Logitech C922x Pro to get you a little bit sharper of an image. It can shoot at 60 frames per second if that’s important to you. Please Disable Your adblocker to view this site.

Content Is Copy Protected
We use cookies to ensure that we give you the best experience on our website. If you continue to use this site we will assume that you are happy with it.I AgreeRead More