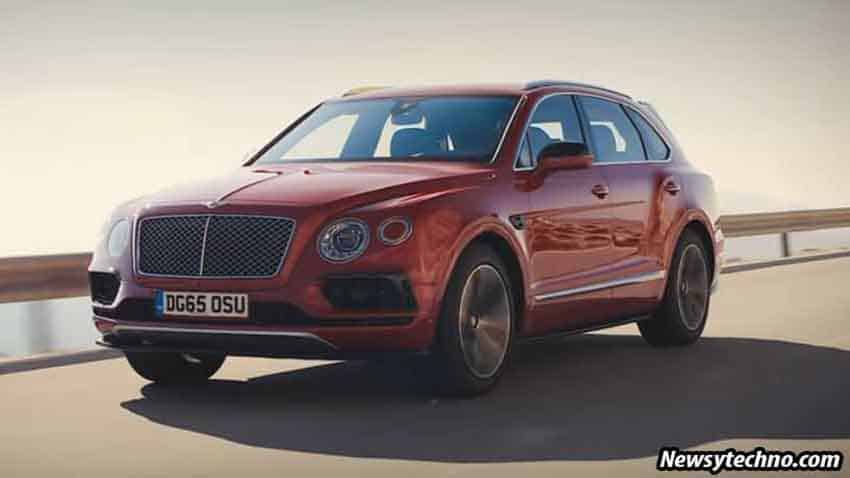 If you’ve got a fair bit of cash to spend on your next SUV, and you’d like to transport the family in unrivalled comfort. You may look beyond the large SUVs from the likes of BMW & Mercedes, and instead look at something like this: Bentley Bentayga. 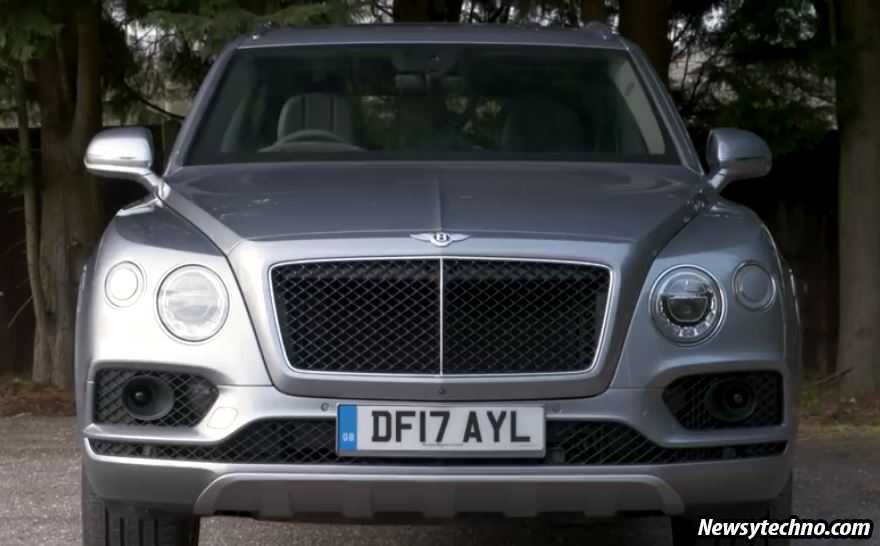 This is a luxury car in every sense of the word. It’s big, bold, and has a price tag that might require you to sit down first. This is also Bentley’s first ever SUV, and it’s being pitched into a market which already contains rivals such as the Range Rover, and high-end versions of Audi’s Q7. To justify its price tag, the Bentley Bentayga needs to be sumptuous inside, great to drive or be driven in, yet still be practical family transport.

In this review, we’ll tell you what it’s like to drive, how easy it is to live with, and whether we think we should buy one.

First, see what this Bentley SUV is like on the road. There’s three engines to choose from,  and the most powerful is a 6 litre W12 petrol, and it gets the Bentayga up-to motorway speeds impressively quickly. It’s also fitted with some clever technology that shuts down half the cylinders when cruising along.

That said, you’ll still be spending a lot of time and money fuelling it. More favourable is the V8 Diesel we’ve got here. With plenty of power at low-revs it feels just as quick as the W12, but, is more fuel efficient and cheaper to tax, so will keep those bills slightly lower.

If you prefer, there is a V8 petrol. No matter which version of the Bentayga you go for, expect a ride that’s generally very good, with only the occasional sharp edged bump or pothole being felt inside. There are eight driving modes to choose from, including four for venturing off-road. But no matter which mode you choose things never become uncomfortable. 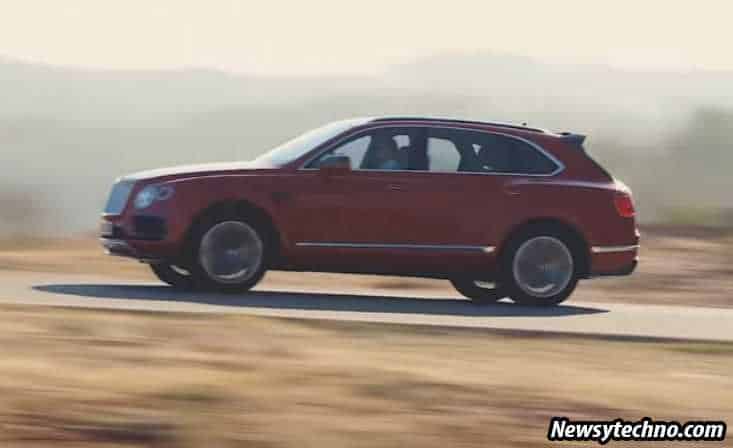 The Bentayga is also available with clever anti-roll bars which stiffen to minimise body roll through the corners and keep this big body in check. And it’s why it stays tidier though the bends than other SUVs in this price point including the Range Rover. Whisper it quietly if you want to, but the Bentayga does actually have quite a lot in common with the Audi Q7, if you know where to look.

For example,  these paddles behind the steering wheel and some of the switchgear you can tell where parts have been shared between the two cars. That said, there are still some unique Bentley touches too, for example, this gearstick, and lashings of high quality wood & luxurious leather all help to lift this way beyond its Audi cousin. It reeks of quality, especially in the detailing such as these chrome touches here.

More importantly though, the driver gets a superbly luxurious driving position, the seat and steering wheel adjust in so many ways I think anybody would find it easy to get comfortable. Visibility is also excellent, although you do get front & rear parking sensors & a reversing camera as standard. Also standard is this 8in touchscreen, although good it’s nowhere near as responsive, intuitive, or feature-packed as the one you’ll find in the cheaper Q7. 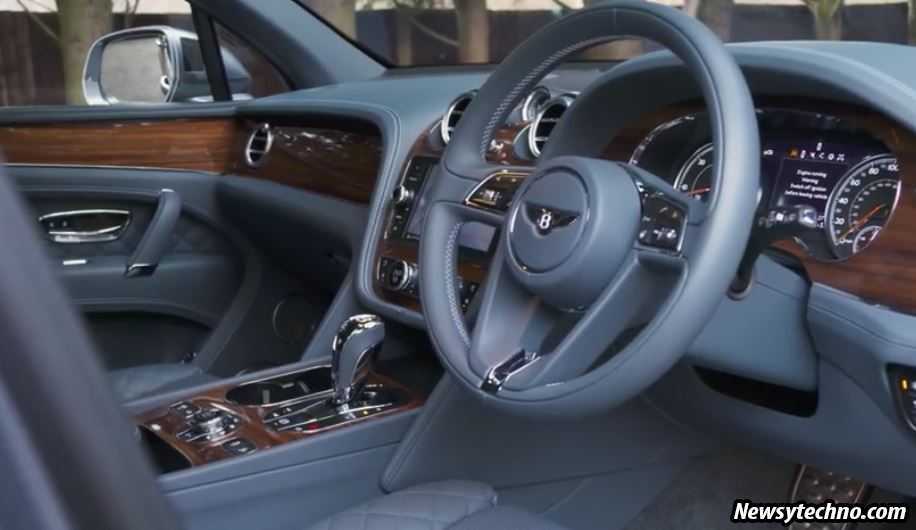 There’s certainly no shortage of space in the front of the Bentley Bentayga, and two adults can easily fully stretch out, and this high centre console just helps to cocoon the driver. At the back of the Bentayga, there’s a choice to make. You can either have three seats – like this – or you can go for two armchair seats which are really easy to get in and out of, and are very very comfortable.

In the future there’s going to be a seven seater Bentayga, but it’s likely that the two seats right at the back are going to be just for children – as they are in the Audi Q7. Move to the boot and there is plenty of space on offer. You can easily fit two sets of golf clubs in here, or two or three large suitcases. Plus, there’s a flat loading area, and it’s also very long. To really make the most of this space, you can opt for boot dividers and you get a power tailgate as standard. Most owners shouldn’t feel the need, but those rear seats can split and fold to create an even larger space. Big as the Bentayga is inside, a Range Rover still offers more space. 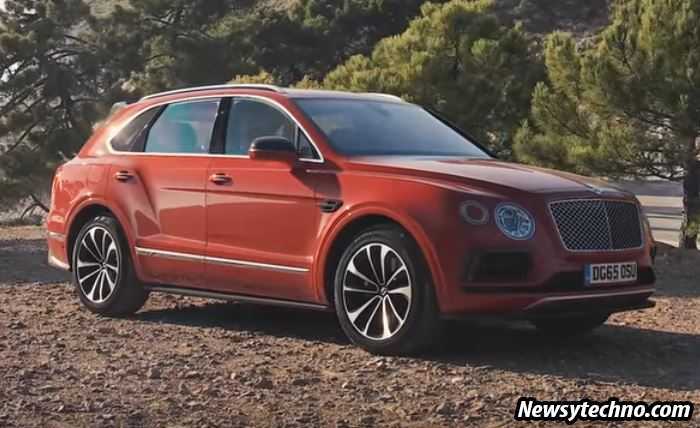 There’s no getting away from the fact the Bentley Bentayga is expensive to buy and run. But at least if you go for the V8 Diesel, your fuel and tax bills should be kept to a minimum. And you get plenty of kit for your money, quite right too. Sat-nav, Bluetooth connectivity, a DAB radio, Automatic lights and wipers, heated seats, parking sensors, and a rear view camera are all standard. But there’s also an extensive options list to consider, be careful though as some options can add more than £10,000 to your price.

ALSO READ:  See What You Need To Know About Honda Civic Type R

Most Bentley owners will want to personalise their Bentayga as well, which is why there’s 17 paint colours to choose from, 15 leathers, and 8 different veneers. If that’s not enough there is 90 different colours on the options list, or you can go full bespoke which has no official price.

The Bentley Bentayga excels as a luxury SUV, it offers strong performance, a comfortable interior, and an impressive list of standard equipment. In fact, it is one of the best luxury SUVs on sale. 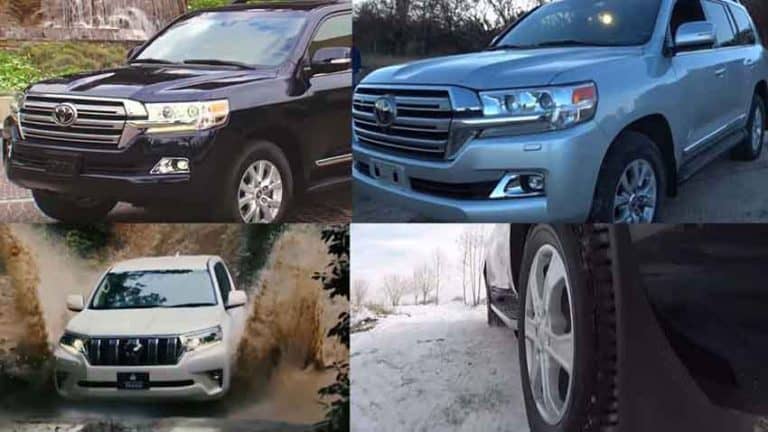 Toyota Land Cruiser History From the scorching plains of sub Saharan Africa, to the brutal cold of the Arctic Circle, this vehicle has driven everywhere on our green Earth. It’s a shining beacon of utilitarian belief in perfected practicality.This is everything you need to know to get up to speed on the Toyota Land Cruiser….

Honda Civic Type R Review and Important Things You Need To Know You cannot purchase a faster, and at the same time, a Honda car with much power than the Honda Civic Type R from the roots of sensible Civic transportation. A performance tree has blossomed, lovingly nurtured by a powerful 2-liter turbocharged engine, a… 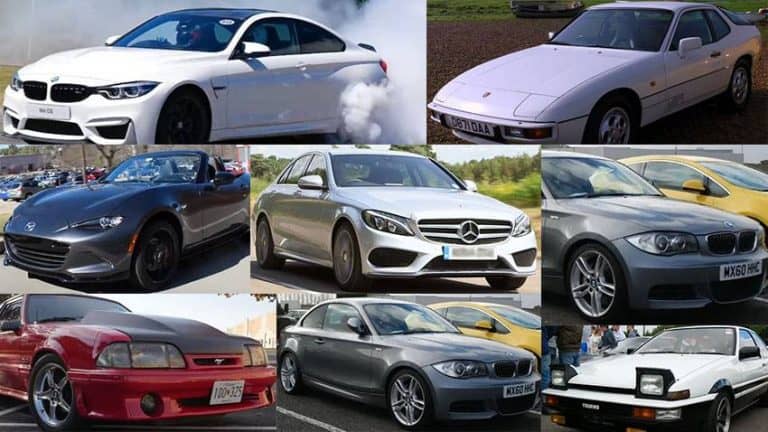